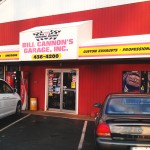 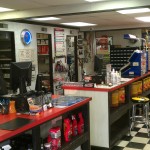 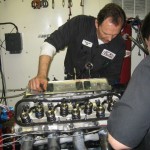 Bill Cannon started building race engines in 1975 with his 1965 GTO. Family and friends were his constant customers repairing Muncie 4 speeds and everything else they could break. It became in 1984 clear he could start his automotive repair. A quick six years and doing many engine builds, Bill ran out of room. In 1989, Bill and his wife Becky purchased the property now that supports Bill Cannon’s Garage Inc. dba AwesomeEngines® to date.

Bill purchased one of the first MARVIN MILLER 75 HP NOS plate systems in 1978. He installed it on his very first car. The 1965 GTO .700 from 13.30 to a 12.62 first pass. Since then the 65 GTO was upgraded by ARC Race Cars to a 7.50 certified double frame rail chrome moly Pro Street drag car. Particular preference for Nitrous assisted engines all started in 1978.

Being equipped and the largest independent state of art facility in Delaware with a complete machine shop, Bill produces most types of race engines. Championship caliber stock car and drag engines, championships were won in all racing areas. Bill has made a mark in most areas with his engine building skills and commitment.

Doing the same thing every day and with the increase and demand of new equipment and larger more powerful engines, Bill has maintained and secured its competitive edge in the race engine arena. In 2005 a F68A Rottler was purchased, 2010 a CENTROID and another in 2014. Bill has purchased better equipment to stay years ahead of the ability to do it right and maintain his high quality standards.

Bill Cannon’s Garage Inc. dba AwesomeEngines®  is a complete install facility that can make most of your desire into reality. They will install your engines in your race car, hi-performance street car, truck, boat and can even totally restore your muscle car back to new specifications. So if you need any type of repair work, they can even take care of pretty much anything you can think of and warranty it.